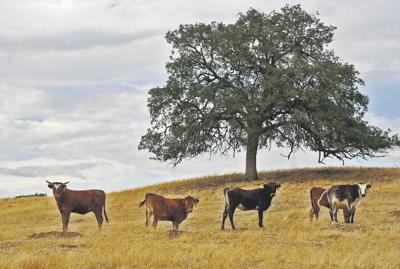 Longhorn heifers graze in the Sierra foothills of California. USDA is stocking a new bank with vaccine for foot-and-mouth disease.

Longhorn heifers graze in the Sierra foothills of California. USDA is stocking a new bank with vaccine for foot-and-mouth disease.

USDA’s Animal and Plant Health Inspection Service today announced the initial purchase of vaccine to combat foot-and-mouth disease in the event of an outbreak in the U.S.

The agency will invest $27.1 million in the vaccine to stock the National Animal Vaccine and Veterinary Countermeasures Bank.

USDA doesn’t currently have access to enough vaccine should an outbreak of foot-and-mouth disease occur, and livestock groups were quick to laud the announcement.

In a statement, Howard “AV” Roth, president of National Pork Producers Council, thanked USDA and particularly Greg Ibach, the agency’s undersecretary for marketing and regulatory programs, for proceeding with the effort.

“Today’s announcement is momentous, representing years of NPPC advocacy to ensure U.S. agriculture is protected should we have an FMD outbreak,” he said.

“While U.S. pork producers and other family farmers face significant challenges and uncertainties due to the COVID-19 pandemic, a solution to FMD preparedness is in our grasps,” he said.

NPPC looks forward to working with USDA to ensure the vaccine bank is adequately stocked, he said.

The disease is endemic in many parts of the world and would have widespread, long-term fallout for livestock and crop agriculture including the immediate loss of export markets, NPPC stated.

“This is a promising step forward … but much more action is needed to strengthen this newly created vaccine bank,” said Allison Rivera, director of government affairs for the National Cattlemen’s Beef Association.

“NCBA will continue to work with USDA, Congress and other stakeholders to secure funding, making certain that the entire cattle industry is better prepared for a possible outbreak of FMD,” she said.

National Milk Producers Federation said the initial purchase is the culmination of a multi-year effort by livestock organizations working with USDA to update preparedness for an FMD outbreak.

“A modernized vaccine bank signals appropriate vigilance against a threat that, while not a present danger, is always a potential risk,” Jim Mulhern, NMPF president and CEO, said.

USDA APHIS did not immediately reply to a request for comment from Capital Press.

The agency said in its announcement an outbreak would temporarily disrupt international markets but vaccination would allow animals to move through domestic production channels.

“While we are confident we can keep foot-and-mouth disease out of the country, as we have since 1929, having access to vaccine is an important insurance policy, USDA Under Secretary Ibach said in the announcement.

FMS is an infectious viral disease that affects cloven-hoofed animals, including cattle, pigs and sheep. It is not a threat to public health or food safety.

Email notifications are only sent once a day, and only if there are new matching items.